Last year I was asked to photograph a birthday party.

The celebration was for the 100th birthday of Miss Tuck.

Miss Tuck had been a music teacher at an all girls’ school in Sydney. At the celebration the most enormous cake was served, with 100 candles on top which all fitted in with room to spare, music was played and a choir comprising old girls taught by Miss Tuck sang (it was one of the best “Happy Birthdays” I’ve ever heard!)

Miss Tuck had macular degeneration and, with restricted central vision,  she knew I was there yet as I fixed the lens on her she didn’t put on a her “camera smile”, nor put her hand up to her hair to “fix it”, die-hard habits that we all (particularly women with the hand gesture) do. It’s the equivalent now of young kids doing the “V” sign, tilting their head to one side or jumping up in the air in a kind of, “Boy, this is so cute!!” way. 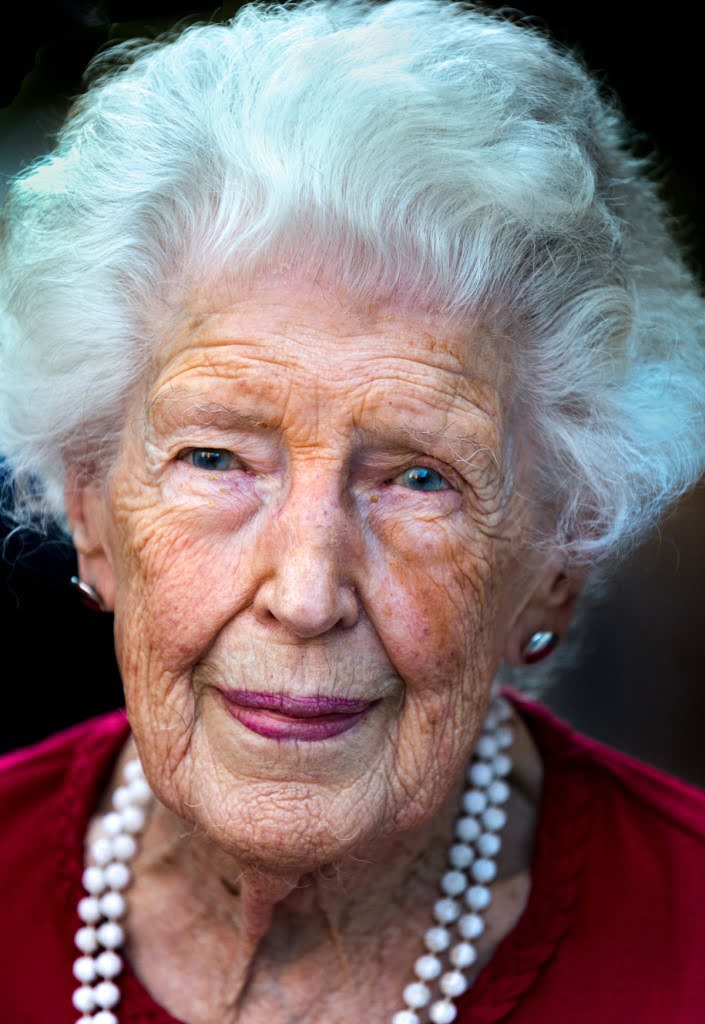 Miss Tuck sat in a chair in the shade. People would come up to speak to her. I couldn’t hear what they were saying but I was able to watch these wonderful vignettes from nearby. Invariably the woman would approach Miss Tuck, kneel down, touch her on the shoulder and say something. More often than not the pair would then break into laughter and sometimes, at that moment, the woman would take Miss Tuck’s hand in a kind of gesture that if written would be underlined, “in italics”. It was marvellous to watch. What had been told to Miss Tuck? What was the witticism? A memory? A comment on the day’s proceedings? It’s better not to know. The gestures were just wonderful. 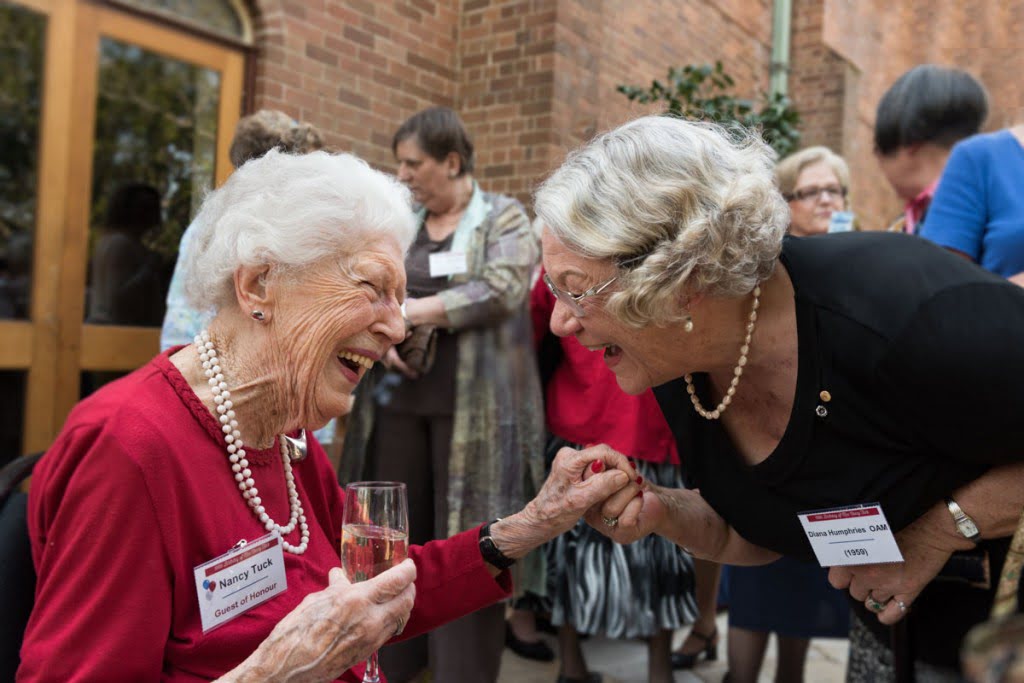 One woman came, went and got a chair, and sat beside Miss Tuck, quietly for a bit. She then lent in close, whispered something in Miss Tuck’s ear. Miss Tuck didn’t reply immediately but slowly nodded her head. She then looked toward the woman and replied, at some length. The woman nodded and the serious conversation carried on briefly. Suddenly, Miss Tuck said something, she shifted in her chair and the pair roared with laughter. Here’s that image of that moment caught. 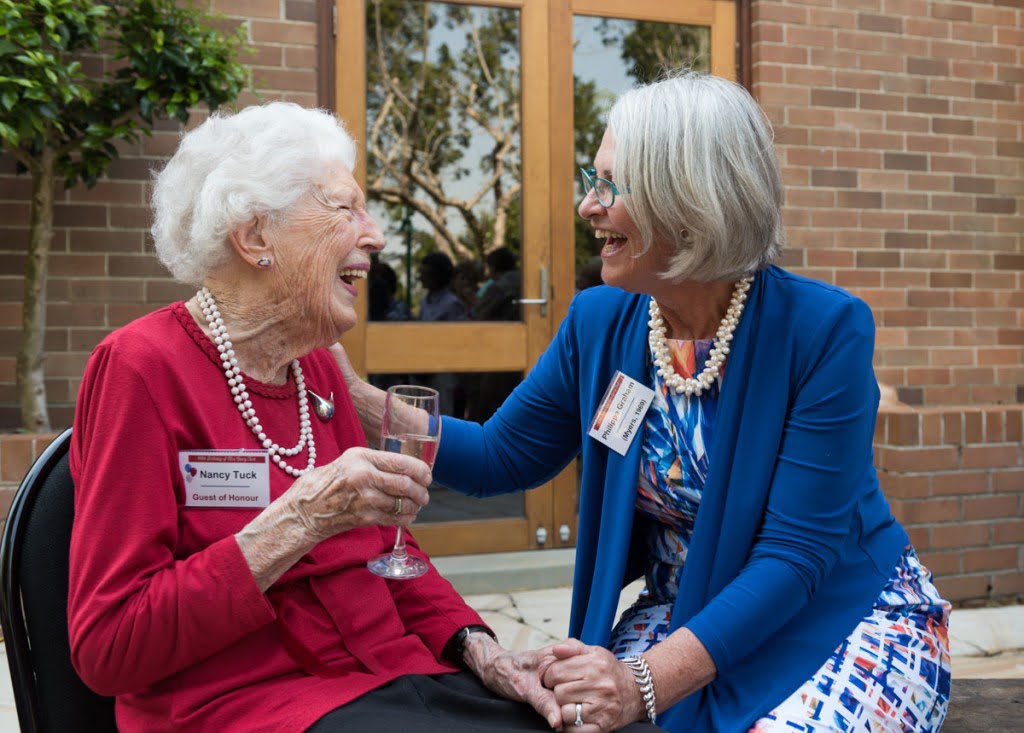 I heard, this week, that Miss Tuck had died.

I wonder whether Miss Tuck felt that she could now “let go” given she’d had her “farewell” with her close friends and colleagues. She had taught at the school for over 40 years.